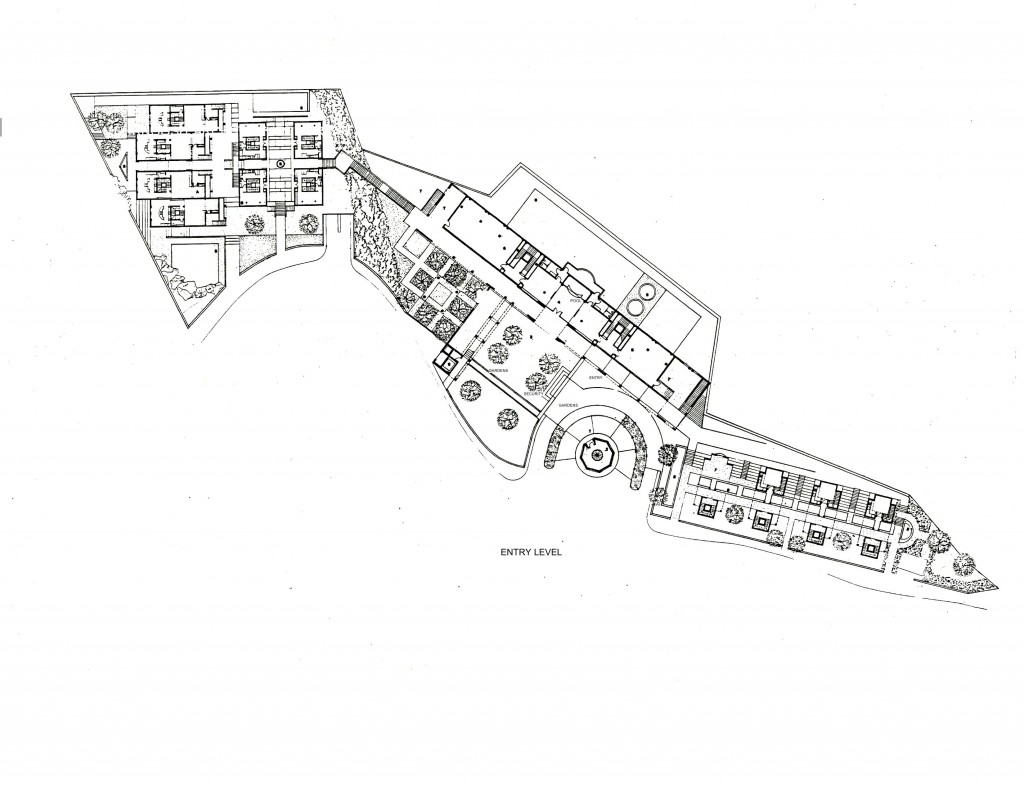 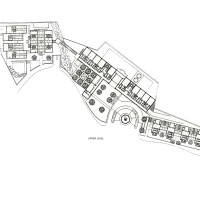 From the beginning of my involvement with this project the plastic configuration and high plateau of the site suggested to me the traditional topography and placement of the castle which had incongruously at the same time, a modern city already formed below and surrounding it. This seeming contradiction makes it possible for me to combine these two opposing images and re-interpret them in a new way.

The juxtaposition of these anachronistic and often historically incompatible images: the cloistered mystery of castle forms, composed to take advantage of the open quality that is an intrinsic part of the modern urban vocabulary. Thereafter, was to mold an evolving sense of joyful mystery and discovery when one passes by and through the site guided by the constantly changing vistas such as the shaped spaces between buildings which can suddenly transform themselves into the surprising superimposition of a tower against a linear surface of another building or a cluster of the housing units bound and blending together.

In this way I have attempted to reconstruct and reevaluate the literal images of medieval castle like language and forms and reshape them in a non-literal urban scale.