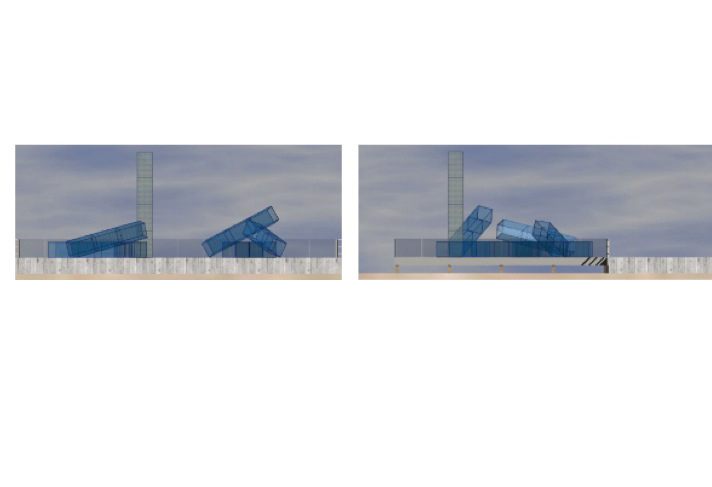 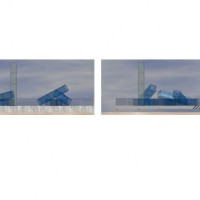 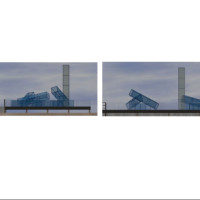 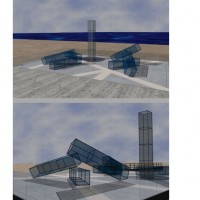 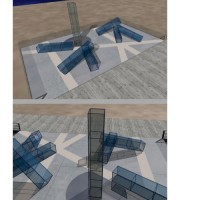 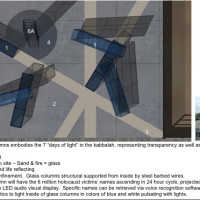 This project hopes to engage the participant in an emotional passage through the dichotomy of opposing forces: good and evil, hope and despair, life and death.

The setting itself is a dichotomy: natural (ocean and sand) versus man-made (city boardwalk). The concept was inspired by the Kabbalah “Tree of Life” which symbolizes the interconnectedness of all life…. a cosmic map linking the divine and manifest worlds. The angle of the connective branches in the sacred geometry have been represented by the sand patterning on the ground. The fallen glass columns represent the fallen morality of mankind. They glow with an intermittent, pulsating blue fiber optic light, as if breathing.

The ten centers, or sephiroth, are represented by the circular black reflecting pool where a single vertical glass column stands, projecting the names of holocaust victims ascending skyward, but mirrored in the pool moving downward…”the end is the beginning”.